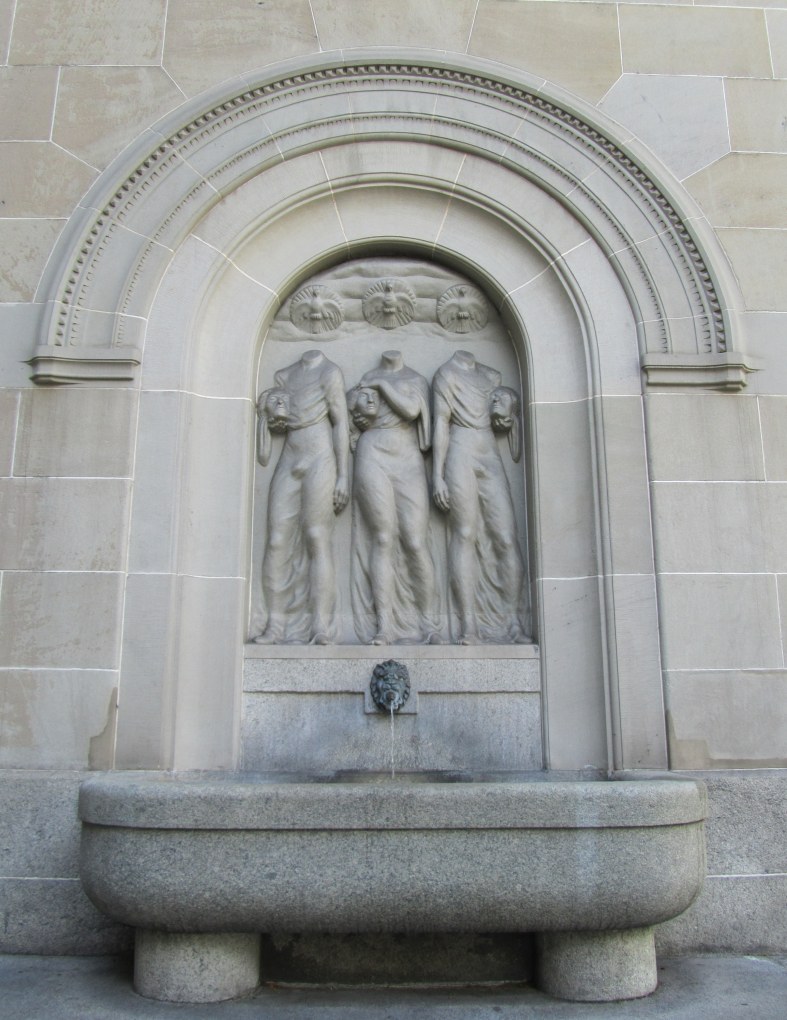 The one in Lindenhofstrasse, right next to Zurich’s police headquarters. The cephalophores are Felix, Regula and Exuperantius, the patron saints of Zürich, which feast day is celebrated today, September 11.

Exuperantius, and the siblings Felix and Regula served in the Saint Maurice‘s Theban Legion, a Christian legion of soldiers during the reign of Diocletian.  Legend says the soldiers refused to punish the Christians. Due to this, they ended up being massacred in the region of Agaunum, known today as Saint Maurice. Felix, Regula and Exuperantius managed to fled to Zurich, where they were caught, tortured and executed on the place where the Wasserkirche [Water Church] is standing today. After being decapitated, they miraculously stood to their feet, picked up their own heads, walked forty paces uphill, and prayed before lying down in death. They were buried on that same spot, where today stands the Grossmünster [Big Cathedral]. In the late ninth century, the saints’ relics were transferred to the newly rebuilt Fraumünster [Our Lady Cathedral], a convent just across the Limmat. This gave rise to a pilgrimage trail through the city: the Grossmünster as the site of burial, the Wasserkirche as the site of execution, and the Fraumünster as the repository of the saints’ remains. Latter, a bridge over the Limmat, known as the Münsterbrücke, was built to link all three churches.

On another note, the Zurich’s police headquarters are not your regular police station. The artwork inside the building done by Augusto Giacometti, Alberto‘s cousin. If you want to see it, you don’t have to get busted – all you need to do is knock at the door and show some identification.